See Recreation Center Hours for closures and reduced hours.
*Hours may be modified due to COVID-19. See modification page for current status.

28 Short Course Lanes available most of the day.

The bulkhead in the large pool weighs over 1 ton when dry; it can be inflated, floated, and repositioned 90 degrees to its primary location.

The Variable Speed Drive motors that operate the Pool circulation system are programmed to run at lower RPMs overnight to save energy and money.

The small pool was struck by lightning in Fall 2015 (no one was present, whew) and caused two areas of damage to pool plaster. That is why we close the pools, spa, and showers during electrical storms.

The Large and the Small Pools were originally opened in 1994 and were fully remodeled in 2009. Pools were drained, re-plastered and lighting rewired. The concrete decks were fully rebuilt.

The Recreation Aquatics facilities employ over 95 UCSB students as either Guards or Swim Instructors.

Thank you to CMC Rescue who has kindly donated a new ADA lift cover to the Rec Cen pools, free of charge. 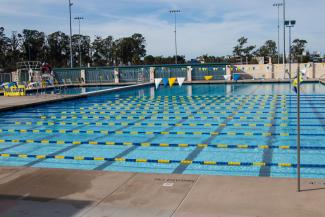 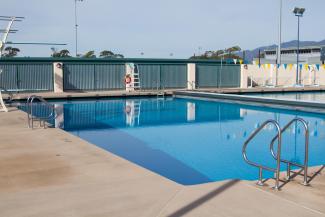 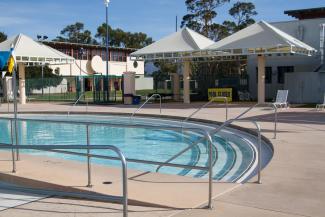 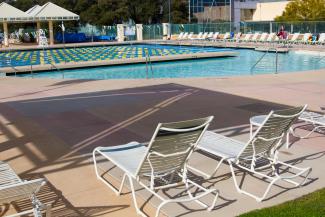 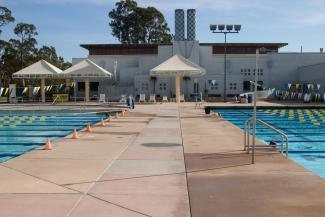 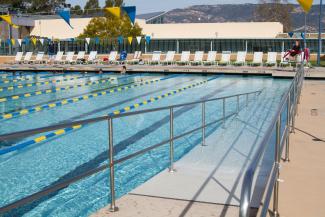 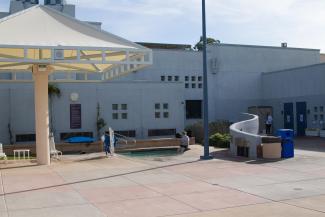 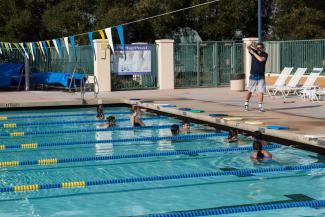