What is Gauchos Swim with Mike?

Gauchos Swim With Mike is an annual swim-a-thon held to raise money for the Physically Challenged Athletes Scholarship Fund. UCSB is one of many universities and colleges that is holding a fundraising swim-a-thon and pool party.

Who does Gauchos Swim with Mike Benefit? 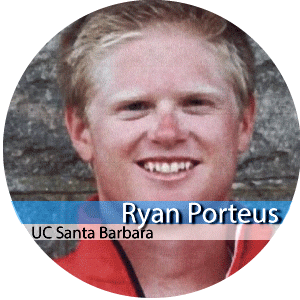 Ryan Porteous of San Diego, CA is a Mechanical Engineering Major expecting to graduate from UC Santa Barbara in 2018.  In 2011, just two weeks into his freshman year, Ryan slipped on a boat dock and broke his neck at the C-6 level, leaving him partially paralyzed from the neck down. The rehabilitation process has been strenuous, but he’s slowly recovered some movement in his legs, enabling him to stand and walk with support. With the Swim with Mike scholarship, Ryan was able to return to UCSB and continue his studies as well as his athletic career. Using adaptive equipment, Ryan continues to exercise, surf, ski, swim and has returned to competitive sailing, even making the United States National Sailing Team as a skipper. This past summer Ryan represented the United States in sailing, taking 5th at the 2016 Paralympic Games in Rio de Janeiro, Brazil.  Ryan is currently a member of the UCSB Triathlon Team and has found a new love for wheelchair rugby. 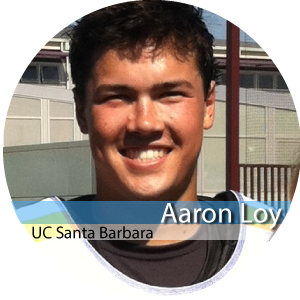 Aaron Loy of Carlsbad, CA is a 3rd year Econ Major and TMP student expecting to graduate from UC Santa Barbara in June of 2018. After a successful high school athletics career, Aaron chose to attend UC Santa Barbara because of their excellent Lacrosse Club as well as the academic reputation. Following his first set of midterm exams Freshman year, Aaron contracted Meningitis B, which led to multiple health complications and eventually the amputation of both of his legs below the knee.  Aaron has endured more than thirteen surgeries since his illness and nearly died.  After learning to walk with two prosthetic legs, Aaron returned to UCSB determined to not let his tragedy define or alter his way of life. He continues to be resilient, adventurous, and active.  In the quest to return to athletic participation, he discovered a passion for sled hockey.  He currently plays sled hockey for the San Diego Ducks. He recently played with the US National team during their visit to Goleta’s Ice in Paradise, where he is beginning to work as an ambassador for the sport.  With Aaron’s help, Ice in Paradise plans to launch a sled hockey program for which the rink was designed to accommodate – they have the sleds; now they need the players!